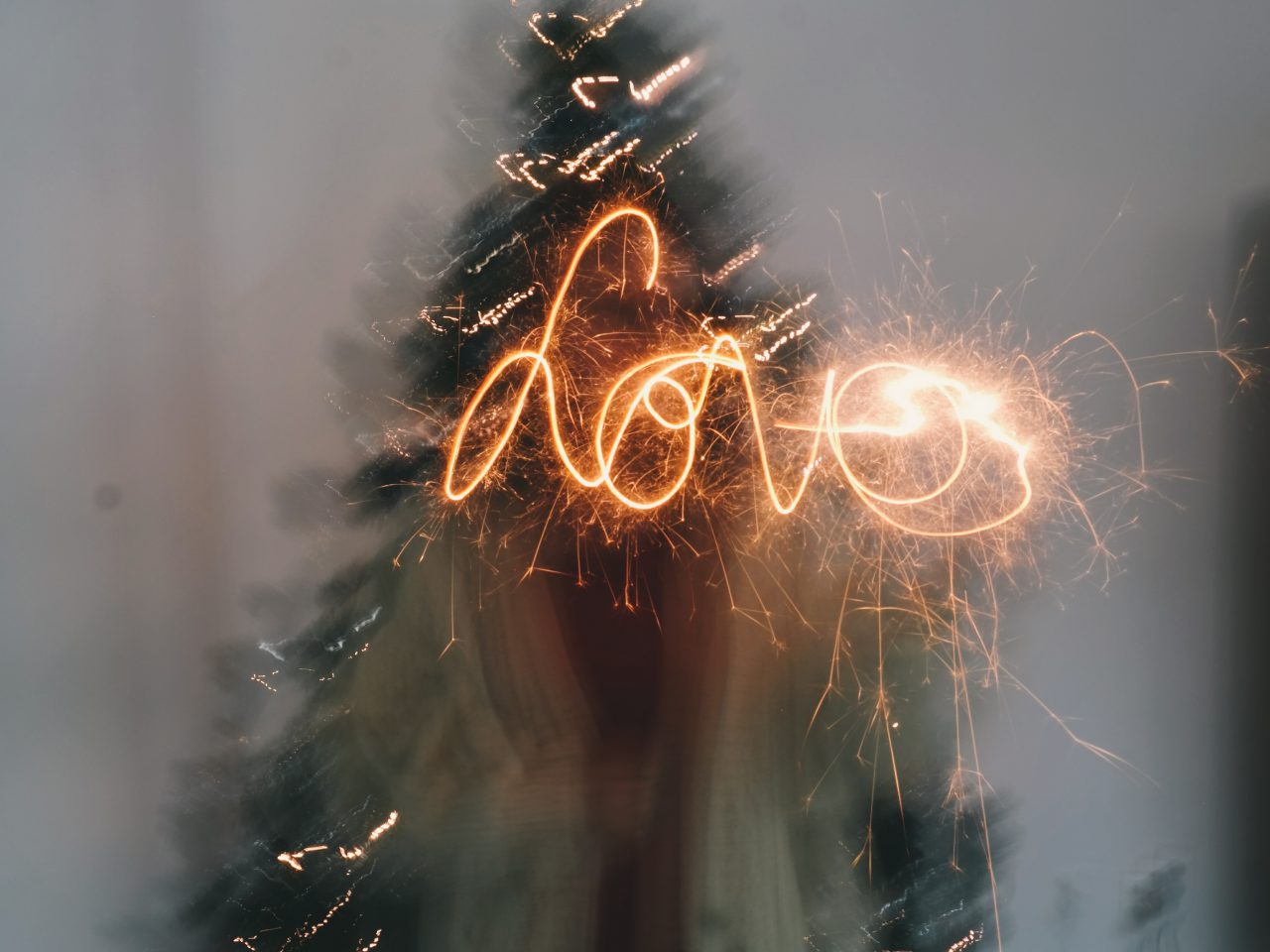 Under the Influence of Love

Are you living under the influence of universal love or under the illusion of a story? You can imagine that a human life would be very different depending on the answer to that question.

Even though we live in a universal field of love and creative possibility, we all live in a human context that contains limited beliefs. Most of us were raised by parents. And even though it might have been totally in love, they were people just like we are people. They had ideas about themselves and ideas about you—what you were like and what you might become when you grew up.

My father was a firstborn Italian son. That fact carries a big burden—you must have a son to name after your father. It’s a tradition that the fathers’ names get passed on to the sons. I lived under the influence of being with a father who really, really wanted a son and had four daughters. So is that a good thing or a bad thing? It doesn’t really matter because I’m alive and I have all the wonderful things that he’s given me. But there was part of his heart that felt like he disappointed his own father by not having a son. It’s not that he didn’t love his daughters—believe me, he really did. But every time one of us was born, my grandmother tried to have us named after our grandfather, just giving up hope that there’d ever be a boy born. So I could have been Patrina Anetrini!—which would have been something to live with. That would have been another box to live out of, wouldn’t it? Patrina Anetrini. It sounds more Italian than “Jane.” Fortunately, it was something my mother refused to do.

There are many factors that contribute to how we are raised. Altogether, they create a belief about how life works—or doesn’t—that becomes our box. It is a box of belief and experience. It doesn’t have to be a limitation if you acknowledge it consciously. It is just that we had our way of being trained to be in this body and in this world. We were taught, consciously and unconsciously, how to be with people, and we can now be conscious that that was training. It’s not the whole truth of who we are. It is the surrounding in which we were nourished and nurtured.

I wrote a research paper when I was in high school titled “Nurture Versus Nature: The Process of Socialization.” It was the first time I had been exposed to children being raised in uncommon circumstances. Some of you have probably heard of the wolf children who were abandoned and raised in a wolf pack. There are many documented incidents of children growing up in the midst of different animal groups: monkeys, wild cats, and even goats. In the research I did, I found stories of children who were raised in horrible circumstances, like being locked in closets and cages.

The study revealed to me that there is both the basic nature of being a human child and the influence of what is provided for the person or the child who is growing up. Both nature and nurture are significant, because all of us—whether we were locked in closets or raised in a nourishing family—have been influenced by our own inner nature and those circumstances. All too often, the circumstances surrounding a person’s life create an illusion that ends up defining their life.

For me growing up, being good was very important. I have memories of believing that if I was a good girl, all would go well. Perhaps that was true for you too. I have found out that being a good girl does not work. I actually have been very good, very obedient, followed all the rules, and still had numerous experiences of hell. And I just thought that would never happen if I followed the rules and was a good girl.

In my own process of moving out of the box of my own beliefs, I had to question what being good really meant. I had to learn that if being good meant obeying the rules while denying my connection to the Truth, it was hell. That’s called an uncreative wasted life, as far as I’m concerned. The wildness that’s within me, the power that’s within me, the true nature of who I am is longing to get out, and I’m trying to be good?

Good is also the set of rules created by someone else’s illusion. If you want to fit in my box with me, follow these rules. I encourage you to lean towards wild more than good, because wildness is about the core essence of how life works.

Often people think of wildness as being out of control. But we are surrounded by wildness that is under control. Perhaps a better word is rawness. Rawness is an experience that isn’t influenced by illusion. There is a control pattern everywhere, holding the possibility of this world’s beautiful emergence into serving its purposes. Your wildness, your rawness can serve your true purpose when it is under the influence of love. It will serve the purposes of your community. It will serve the purposes of life itself because that energy is about Life and Love.

Part of the belief in the illusion is that if you break out of it things will fall apart, there will be anarchy. When you allow yourself to face your beliefs and your illusion, it can feel like confusion. There can be a period of uncertainty. This is an important time, because fear can send you back and the opportunity for freedom can be lost. You may even feel desperate. When something is being born, something will be falling apart at the same time. This is a good time to surround yourself with friends who know how to do this and who know who you really are.

Who you are longs to be set free from the illusion and live under the control of the influence of love. Love animates everything. So under that influence we create in harmony with all of Creation. When we do this consciously, we participate with all conscious beings, known and unknown, to create a field of raw potential, for heaven to be born and known here on earth.

In the Northern Hemisphere we’re heading into the time of year that is quieter, darker, and more still; a time when more internal work can be done. This is a time where many people create space to think and feel and be in an internal review. And then Thanksgiving and Christmas come around and they go back to their families where all these beliefs were learned. These old beliefs present themselves in full force because that’s where the belief patterns were set up. I would encourage you to take advantage of that. When you are in the presence of someone who knows your old pattern—your familiar pattern—they may do you the favor of reminding you of who you’re supposed to be, based in that old pattern. They may ask, Who the heck do you think you are, changing things?

There’s a blessing in that. You may think of it as hard work, but you’re holding a space for your own transformation. And your transformation is an invitation to anyone else to do the same for themselves. They may realize they don’t have to live out of all the boxes that they’ve believed about themselves. They don’t have to think about themselves in the context that felt safe for so many years, but which does not make them happy.

One of the virtues of saying I’m sorry is that the window into the future is clearer. I can see more accurately where I’m going and let go of where I’ve been. We have the power to break out of the box, allowing the influence of love to guide our life when we say, I’m sorry, I didn’t even know I was living out of that belief. I repent. I am changing. We open ourselves to the possibility of what the rest of our life could be about, whether we have a month, a year, five years or fifty years.

Most of us have the joy of knowing there’s so much more to do, so much more to create, so many songs to hear or write, so much music to play, so many poems or dances to perform. We can choose to live under the influence of that creative possibility.

I invite you to explore the beliefs that you have had about what it was to be a good child, what it was to be a good teenager or a good woman, a good professional, or a good citizen. I invite you to step into the awareness of whatever beliefs you may have, so you can have authority over them. Not to judge them, but just to know that they are present and that standing above your set of beliefs, your way of identifying yourself, you can be of service. But only if you recognize that it isn’t who you are. You are not a person in a box. You are the spirit that transcends it. 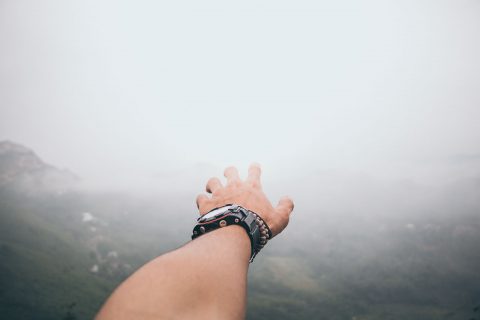 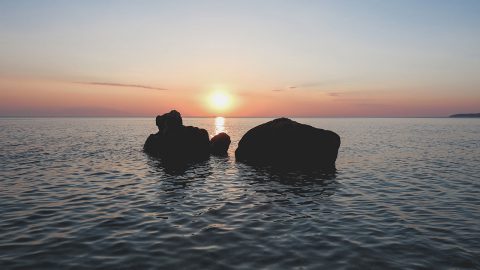 We declare Edenvale Retreat & Conference Centre
to be the ultimate retreat experience.
We stand for impeccable guest service,
and commit to providing a spacious, nourishing environment
that fosters infinite possibility.